For what it’s worth, I believe one of the sweetest parts of any couple’s story can be how they met. Jordan and Ari’s “meet cute” was serendipitous – she walked into his booth at the Nashville Antique’s and Garden Show. Some work-related exchanges took place, followed by Jordan following Ari on Instagram, and Ari sending Jordan a friend request on Facebook. The catch? Ari rarely used Instagram, and Jordan rarely used Facebook. It wasn’t until two years later that they finally reconnected, and the rest is history.

They wed on an extremely rainy fall day at Altadena Valley Presbyterian Church, followed by a reception at The Florentine. Every ounce of their wedding was filled with beautiful details. The photos speak for themselves! Each piece of their day had meaning. Camellia envelope liners served as a nod to the state of Alabama. The couple’s first toast as husband and wife was from a bottle of Dom gifted by Ari’s father. Their wedding band played the music Jordan grew up with her father listening to. It was all elegant, thoughtful, and spoke to who they are as a couple.

Perhaps the most breathtaking part of the day was just before their reception started. Hurricane Delta had spent all day releasing her torrential rains onto Birmingham. We’d planned a few minutes of sunset photos downtown, and at first, we thought the weather had thwarted our plans. About 20 minutes later, in a brief window in the rain, we decided to make a run for it. What we found was the biggest, most expansive double rainbow any of us have ever seen. As soon as we spotted it, Ari looked at Jordan and said – “it’s a symbol of God’s covenant on the day we made our own covenant”

Cue the (happy) tears and enjoy photos of their beautiful, thoughtful day.

Wedding Coordination: Day of with Dana 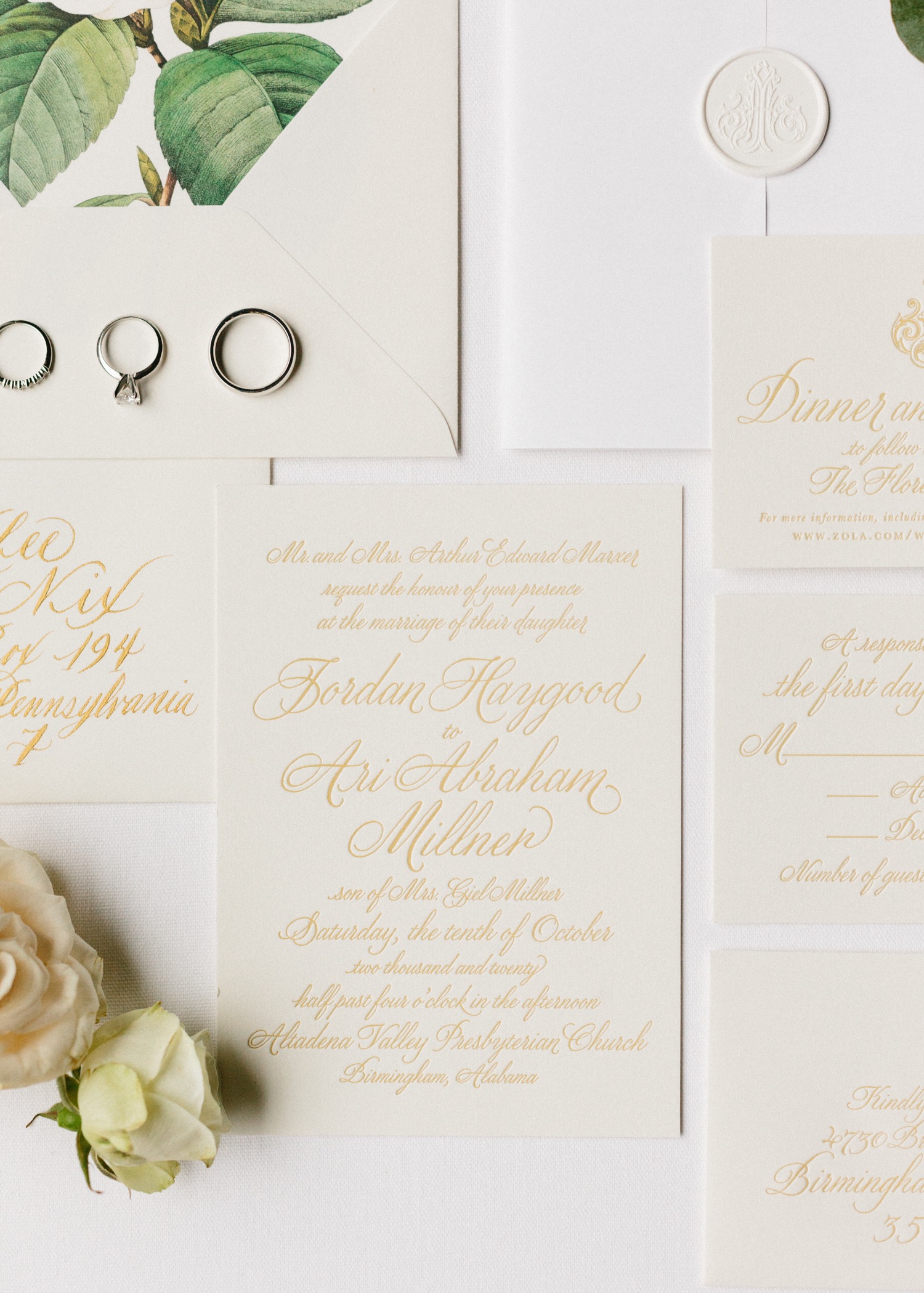 Your Narrative blog will appear here, click preview to see it live.
For any issues click here

LEAVE YOUR COMMENTS BELOW...